I know I have been more quiet of late and I realize that I’ve been so in part because sometimes it’s hard to find words when everyday seems like the one before and the one after. The other thing is that while I’m one helluva convincing extroverted social butterfly I’m not truly an extrovert.

You see, I’m a true gemini living the duality of extremes:

Logic and reason on one side, emotion and empathy on the other.

All the creativity one one extreme or a drought of it on the other.

Total extrovert and relishing being the center of attention unless I’m being the total introvert and wallflower mysteriously lurking on the outskirts making everyone wonder.

Truly I’m the ambivert capable of fitting into any situation or need, wickedly talented in all the skills necessary to do whatever needs to be done or at least capable of making a good enough show of things that you’d never suspect. 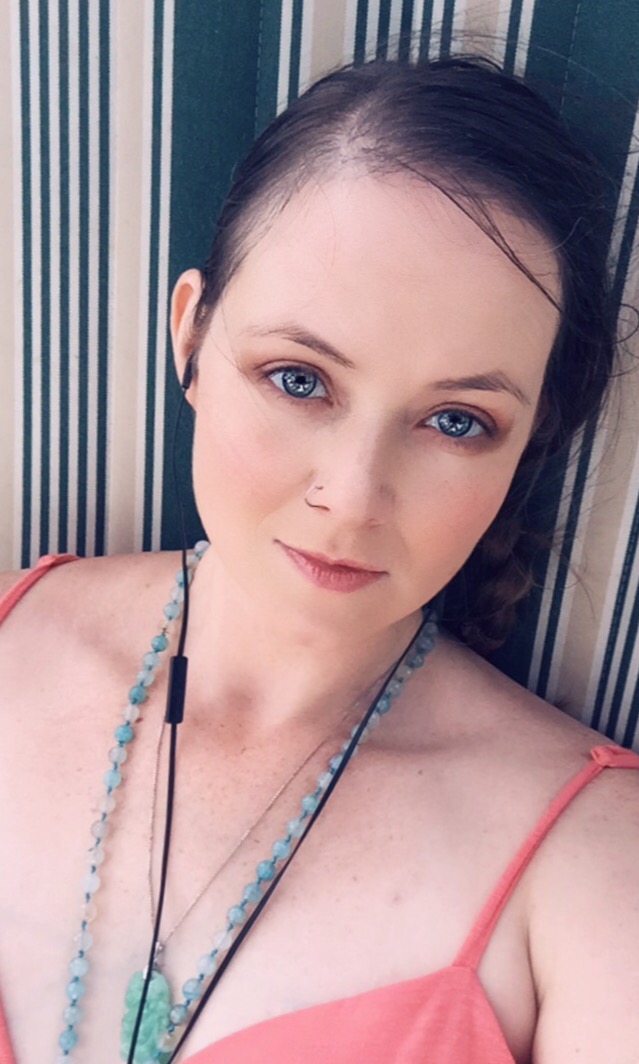 In my long road to recovering from amputation and catastrophic clotting that went unchecked for too many years, there are times where the ridiculous and amusing and inspirational seem to happen daily and there are times where nothing seems to be happening. Lately it’s been the latter with one notable exception.

The stump, regular readers know, has had an open wound since the amputation took place in May of last year. Having a compromised immune system as I do doesn’t mean that my immune system is weak but instead that it’s efforts are misguided as it attacks my body and normal functions. The result is that I’m susceptible to infection ~ as evidenced by my having had 5 antibiotic resistant infections since June ~ but also that my body is fully capable of masking those infections so that they may be not be discoverable without incredibly invasive means. At times I’ve needed help to defeat infections but at other times my body has been able to defeat them without any outside assistance. Having an open wound on not only stopped me from being able to move forward into prosthetics but also left me vulnerable to infection which is why on 11 March this year I had a skin graft taken from my left thigh to be placed over the open wound on the end of my stump.

A month earlier I’d had an arterial reconstruction along with the placement of a second stent and an arterial bypass to ensure bloodflow to the left leg ~ heretofore called simply my stump but now affectionately known as Stimpy (thanks for the name, R) ~ which had at points prior to six weeks ago been completely starved of blood and all that it carries ultimately resulting in my amputation. The obvious idea with the graft was that as bloodflow has successfully been restored via surgery and maintained with a protocol that to others with my blood disease and most doctors seems bizarre and extreme, the graft could close the wound once and for all so that I could move forward with my healing.

Imagine my complete and utter despair when less than two weeks after the graft was placed that the site suddenly began to bleed. Saturday a week ago the graft was looking amazing and going strong but a week ago last night it suddenly and inexplicably wasn’t. My bandages since surgery had largely been clean but suddenly the end of Stimpy began to bleed profusely. When I peeled back the bandages, the dead graft came off the wound site. There were small bits around the edges that remained intact only to die later but the graft was a complete loss.

When I think of friends and family who have dealt with miscarriage and the feelings I had with their loss, the feeling of loss I felt on their behalf was reminiscent of what I feel now. When the realization hit me years ago that I would never likely be able to even conceive and all my dreams of bearing my own children died the grief was… unlike any grief I have ever felt before or since. But the death of my graft site has left me feeling a bereavement very close to the two losses I’ve just mentioned.

To someone who has dealt with either loss and might be thinking I’m being disrespectful please hold that emotion for a moment and understand I’m trying to give everyone a clear idea of the amount of pain and grief I feel from having the promise of a “soon to be rest of my life to look forward to” ripped from me again after having already suffering setback after setback.

They’re not the same types of loss but the loss of a beautiful future full of promise and hope is similar enough.

So as I have grappled with the grief I have felt over this latest setback, I’ve struggled greatly, very much feeling an inner war between the extrovert that wanted to grieve publicly and scream of my devastation to the cosmos and the introvert who needed to accept this alone before sharing it with the world.

To my empathic friends and closest confidants, it was clear there was something wrong. With the quietest and simplest inquires all the right strings were plucked to bring unhappy truths tempered with endless faith and trust flowing from within a broken heart:

I am utterly bereft from the loss of that skin graft and I am exhausted from years of mysterious health problems, the loss of the life and future I had planned on, and seemingly endless setbacks in this recovery.

Yet I am hopeful and unwilling to give up on myself and the future that lies before me regardless of my continued struggles and losses.

Yesterday morning dawned on a beautiful Easter Sunday with the reminder that Christ is Risen. Rather than spending the day surrounded by others celebrating in whatever way suited them best I chose instead to indulge my introvert in finding a quiet and isolated place to spend time reflecting on the goodness of God.

I don’t pretend to understand all that He allows. As often as not I find myself wondering what reason or purpose there is for the pain and struggle in my own life completely separate from what I see in the world. Yet despite all the tragedy and frustration, despite my sometimes feeling utterly alone and desolate, despite feeling torn, despite feeling like Psalm 23 was written for me I know some things:

It doesn’t matter how hopeless I feel or what brokenness I see in my life and in this world, I choose to live a life of faith.

I will praise God and I will trust Him in all things.

When you, dear readers, see some spark or glimmer of what you find inspirational or resilient in my words here or my life if you know me outside this space, what you see is not really me…

…What you see is the reflection of God in me and in my life.

Indulging my introvert today gave me the opportunity to remember that no matter how dark and hopeless the night, the sun will rise once more.

The Son already has.

Many thanks to the One who has become my most trusted sounding board who somehow draws the words from within like water from a dry well until they flow like a spring once more. I don’t know how you do it. That carte blanche you’ve graciously extended is not deserved but is humbly accepted.

16 thoughts on “Indulging My Introvert”

the kintsukuroi life on IG

How does a fierce independent woman in a wheelchair get the laundry to the laundry room? Thighs of steel, that’s how! A small motor to give you a boost so you can take a selfie doesn’t hurt either. #flamingolife #kintsurkuroilife #wheelchairlifestyle #hotwheels #drivingglovesarenecessary
👆🏻 this 👆🏻
When you ask why women (and men) stay in abusive relationships you must understand that 70% of intimate partner murder happens when WE try to leave. This man doused his wife and 3 kids in gas in the car and burned them alive less than a week ago. The police KNEW there was domestic violence. She had a restraining order. She did everything “right” and she is dead... along with her three small children. Now realize that women all over the world stay so that they won’t end up dead. Trust me. https://www.google.com/amp/s/10daily.com.au/amp/news/australia/a200220itgkn/police-knew-hannah-clarke-was-a-victim-of-domestic-violence-20200220
Child’s romantic tutu... my favorite leotard ever... I’d dislocated my hip backstage before the show and danced anyway... and this is how the performance went.
Instead of a tinfoil hat, I will be wearing a tinfoil one of those with all the potpourri in it and I will look fly AF in my whatever that thing is called. Call me when it’s over. I’ll be that crazy one with the immunity to it anyhow.
Among the things that have broke me in this life was abuse. I once sat in judgment until I finally began to recognize the heinous amount of harm that came from abuse in my own life. Now I understand all the reasons why people stay and why people don’t realize what seems so obvious to an outside observer.
I saw this today and nearly spit out my tea because I feel this. Two years ago, even, I had no idea. Even one year ago!
Over the last 6 months or so, my path keeps crossing with a woman who is the worst kind of person. I wrote about her rather than throat punching her. It seemed like the thing to do. https://thekintsukuroilife.blog/2020/01/21/hubris/

search by keywords or dates

journey through the archives

Will Write for Coffee

Buy the Kintsukuroi a cup of coffee or tea.

Keep them on their thrones.